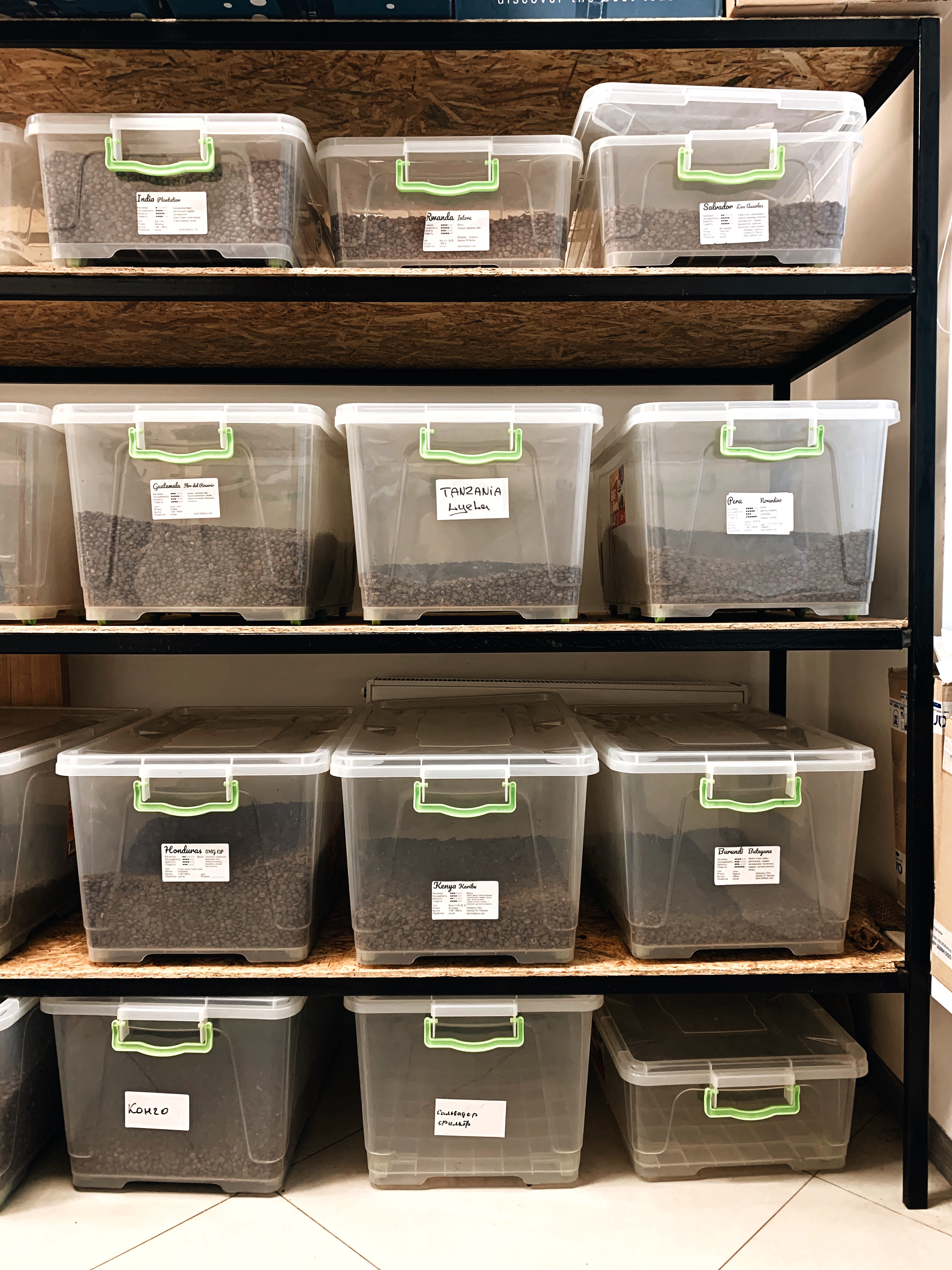 Coffee Variety Course
When it comes to wines, no one has questions about varieties. Everyone knows what a merlot or chardonnay is. However, in the coffee world, the situation is somewhat different. You may know what a Geisha is, but will you name the differences between Bourbon and Typica? And why is this even important?

If your answer was “no,” then do not worry: today we will give you a crash course on coffee varieties. You will learn why it is generally important, what a variety is and about its main representatives that you need to know.

What role do coffee varieties play?

How important the variety of coffee is for you depends on your role in the coffee business: producer, barista, roaster, consumer ...
If you are a consumer, you are probably wondering why you should bother with the next set of coffee terms. Is the variety really that important, especially when compared to the country of growth, the degree of roasting and the processing method? And if it is important, why are only a few indicated on a packet of coffee?

The simple answer is that the type of coffee affects its taste. For example, Bourbon is known for its sweet colors, and Geisha is like tea.
But the taste of coffee depends not only on the variety, but also on the conditions of growth, processing, etc. The uniqueness of high-quality coffee makes this drink so attractive.

If you are a roaster, then you need to understand the varieties, not only because they affect the taste, but also how you will fry them.

Different grains have a wound size (for example, Maragogype are famous for their size, and Mokka, on the contrary, is rather small). And, because Roasting is a physical process, exactly how the heat distributed over the grain plays a key role. You need to understand the physical characteristics of coffee (especially when creating blends).

For producers, the variety of grain is critical. The choice of variety will affect the taste profile, the "endurance" of the coffee bush itself, resistance to diseases, the amount of coffee received from it, the optimal height with temperature and much more.

Another reason for the importance of the variety is that Arabica has a frighteningly low genetic variation. This means that it is more susceptible to disease and climate change, which in the future may even mean its extinction. Creating genetic diversity by mixing varieties can play a huge role in preventing such a nuisance.

Species, Varieties ... What does all this mean?

Now we know why coffee varieties are important, let's take a step back and figure out what they all mean.
According to World Coffee Research (WCR), there are many different types of coffee - over 100, but the main three are Arabica, Robusta, and Liberica. Specialized coffee houses rarely sell anything other than Arabica, avoiding Robusta because of its tougher, more bitter taste, although some coffee shops rely on Fine Robustas. Liberica is usually consumed only in the Philippines.
The category below “species” when describing plants is “varieties”. Varieties refer to various variations within a species. For example, Caturra is a species of arabica, while Nganda is a species of robusta. As for the variety, this is a variety that was created by people in agricultural conditions.
Some varieties of coffee worth knowing.
There are many varieties of coffee around the world, and we could not have been able to describe them all in one article. What we can do is take a look at some of the most famous or noteworthy varieties of arabica.

Typica
Typica is one of the earliest and most important varieties of coffee, which has existed for many centuries and in its time spawned many others. Famous varieties of Typica include Java, Maragogype, and Timor Hybrid.
This coffee grows in Central America, Jamaica and Asia. WCR marks it as low-yielding, high-quality and susceptible to coffee rust and pests. It is often described as pure, sweet acidity.
Bourbon

Bourbon is a high-quality medium-yield coffee known for its sweet taste. It has low resistance to leaf rust, cow berry and other diseases and pests. Commonly grown in Burundi and Rwanda, as well as throughout Latin America.
Why should you know about Bourbon? For the same reasons why you should know about Tipika: its early appearance in the “coffee variety tree” makes it a common variety that spawns many others.

Ethiopian heirloom
Although most Arabica originates from Tipica or Bourbon, coffee itself originally appeared in Ethiopia. According to Kew Gardens, 95% of the genetic diversity comes from this particular country. If you see the inscription “Ethiopian Heirloom” on the pack, it means that most likely these grains were grown in a wild or almost wild garden.
Timor Hybrid

The Timor Hybrid is a controversial species, as it is an Arabica-Robusta hybrid. Robusta is a strong type of coffee: it gives the bush endurance and rust resistance of the coffee leaf, but at the same time has a less attractive aroma and taste profile.

When buying coffee at a hurry level, keep in mind the presence of robusta in everything that contains Timor Hybrid. Some manufacturers, especially those at lower altitudes, where coffee sheet rust is more likely, believe that less risk is worth the potentially lower quality and price of the cup.
Gesha / geisha

Gesha / Geisha originated in the village of Gesha, Ethiopia, but went unnoticed until 2003. However, now Panamanian Geisha has become one of the most famous varieties of coffee. Most coffee champions prefer it, and the recent price of green grains is $ 601 per pound.

It has a very rare profile: tea with a jasmine aroma, orange, floral and bergamot notes.

As for the bush itself, it grows at high altitudes (WCR recommendation above 1400 m.a.s.), is low-yielding and can be susceptible to rust and insects. History knows cases of attempts to grow this species outside of Panama, which always led to the death of the bush due to incompatible climatic conditions and soil characteristics.
F1 Hybrids

F1 is a new generation of coffee varieties, high-quality, rust-resistant and high-yielding. Famous F1 hybrid - Centroamericano, highly successful in the Nicaraguan Cup of Excellence.
One of the most important features of F1 for manufacturers is the fact that they are usually more expensive and more difficult to grow. They are massively propagated in tissue culture laboratories (i.e., they are cloned, not grown by seeds). This is necessary because their germinated seeds (F2 or second generation) will not necessarily have the same excellent qualities as the original F1 variety, which means that farmers cannot grow this variety on their own.
For this reason, WCR recommends buying these grains only from reputable and trusted manufacturers.
Caturra

Manufacturers, carefully select varieties of coffee. Gather knowledge about each variety, study the requirements of each of them, risks, qualities. When planting a new variety, it is best to start slowly, planting only a small part of your farm.

For you coffee lovers, try as many varieties as possible. Pay attention to how they differ. Compare different varieties grown in the same region, or the same variety grown in different regions. When you can feel how a variety can affect the taste profile of a cup of coffee, you will see this wonderful drink in a completely different way. 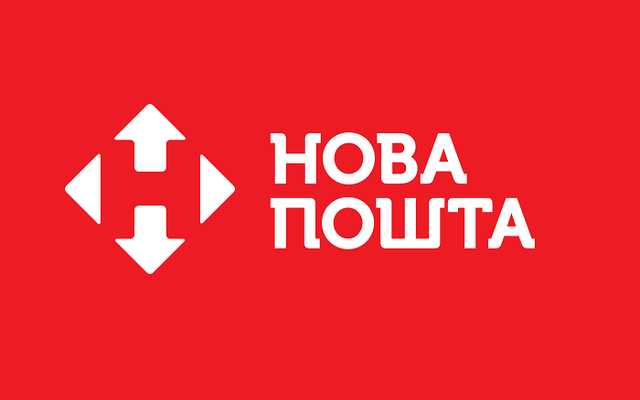 During quarantine we deliver by Nova Poshta

During quarantine restrictions, we deliver orders only by Nova Poshta. Delivery is free when ordering from 0.5 kg of coffee. Thank you for understanding. 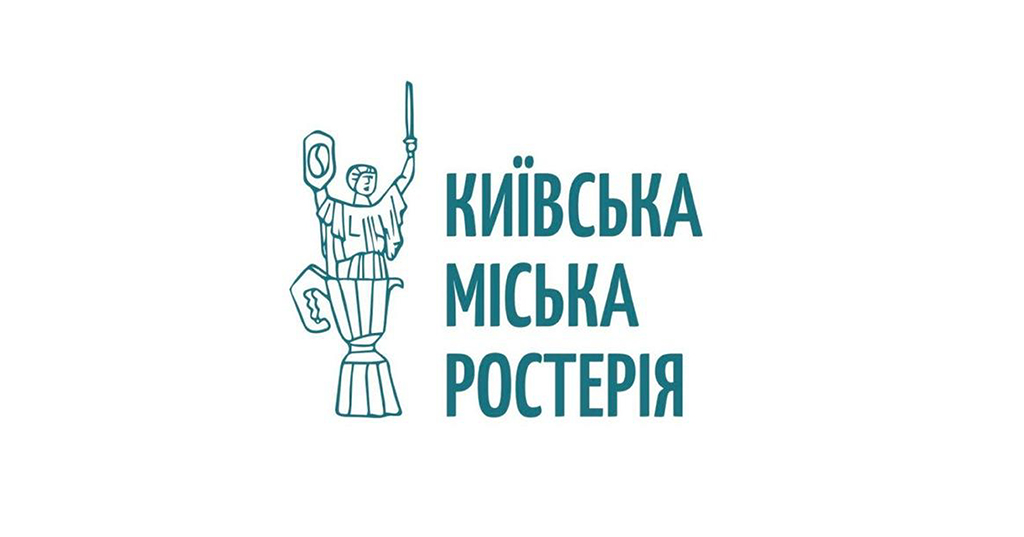 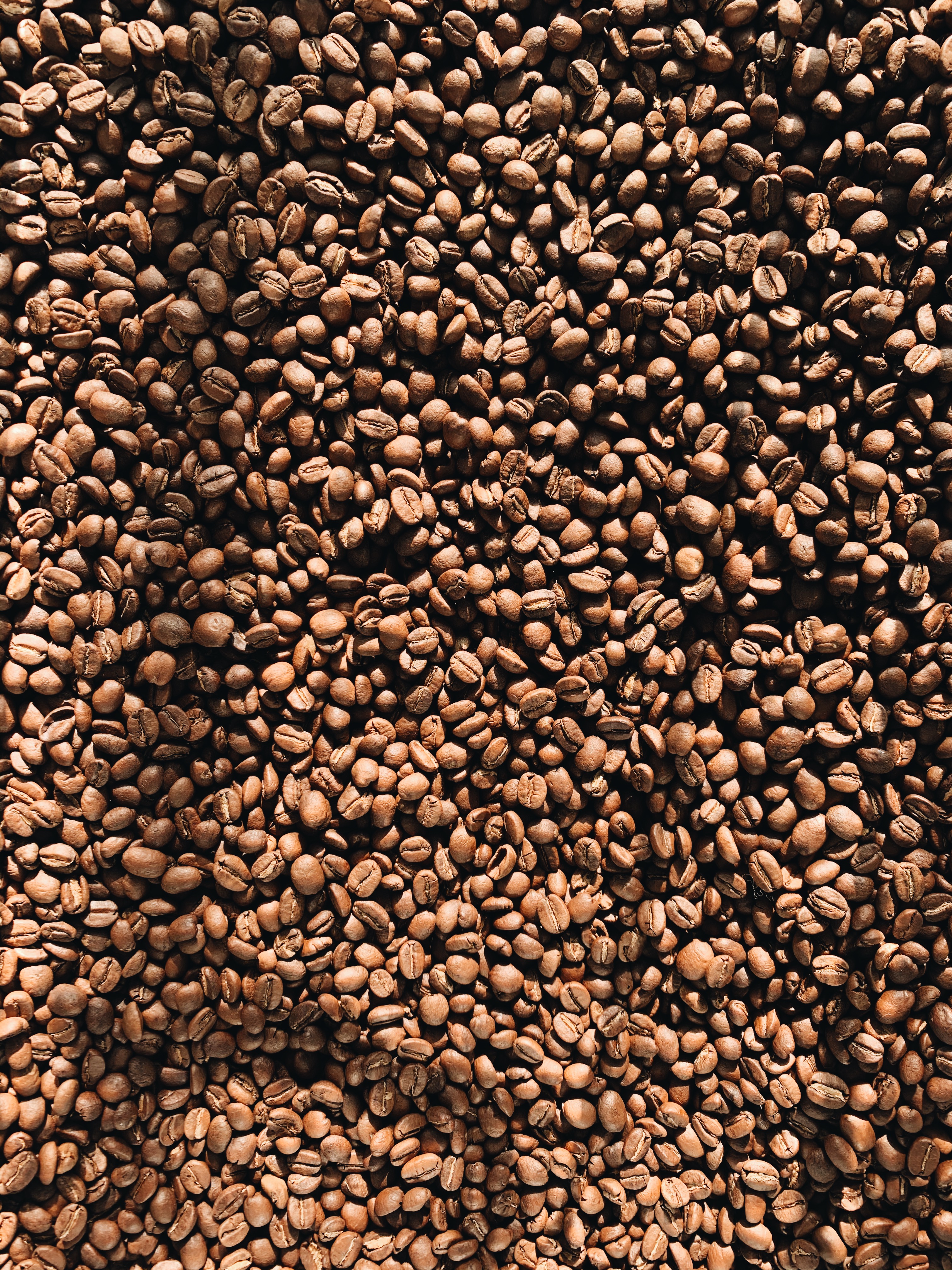 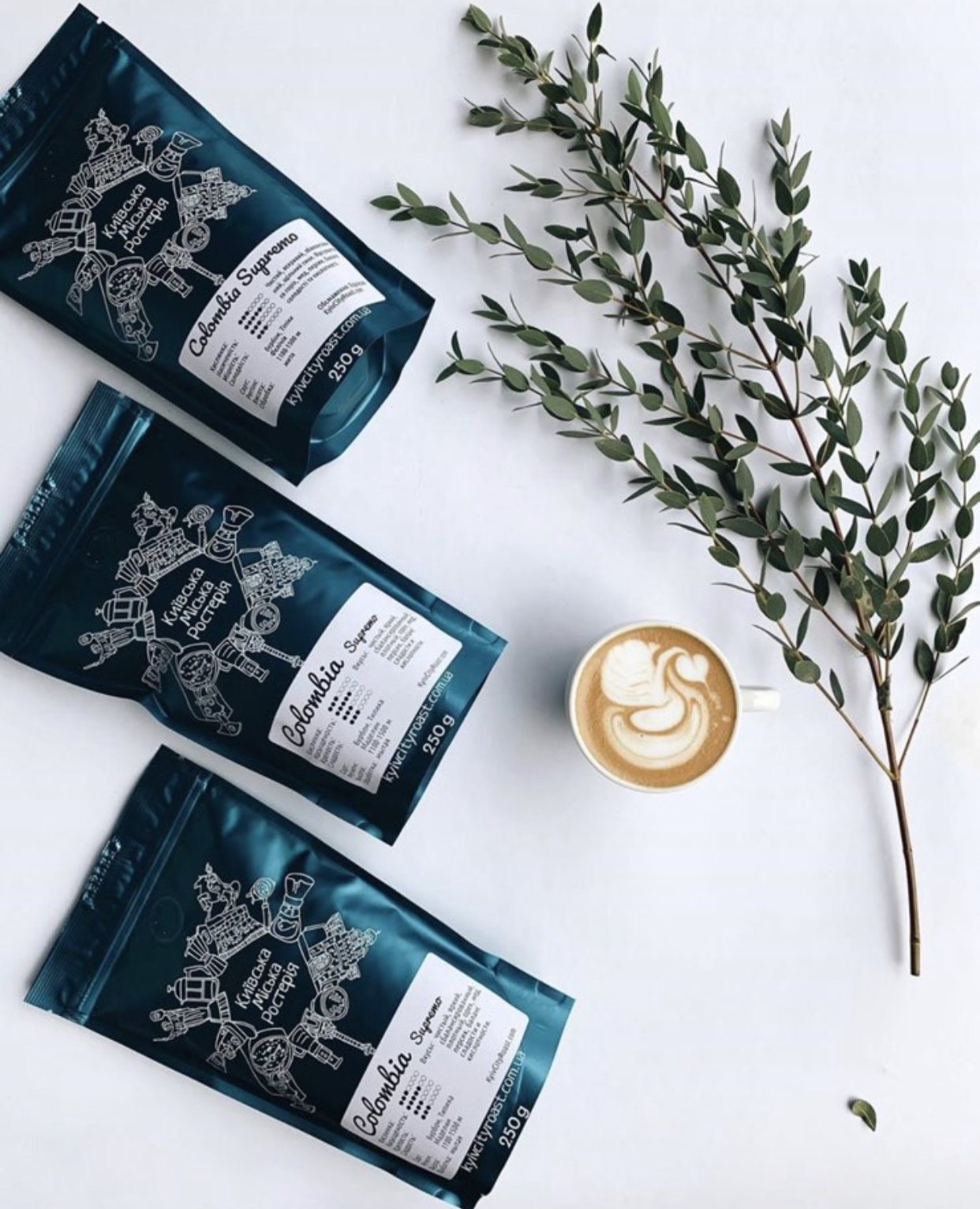